If your Indesit washing machine is not spinning, your first impulse might be to call a repairman. Before you do this there are a couple of things you should check. It could be that there’s actually no fault with the machine, and a few minutes of your time will save you the expense of an unnecessary call out.

Spinning ‘Faults’ that Aren’t Faults At All!

This is the most common reason for a washing machine refusing to spin. Modern machines have a balance detector which will stop the spin feature from operating if the load is unevenly distributed. This is most likely to happen if you’ve overloaded the machine, or conversely if you’ve put too light a load in.

Redistribute the load. If there’s too much in the washer, remove a few items to spin out separately. If the load is too light add a few more clothes (even clean items!) to bring the machine up to the minimum washing weight recommended in your manual.

This is another very common reason for a washing machine refusing to spin. It’s generally easy to identify the problem because you can see that there’s a pool of water sitting at the bottom of the appliance. 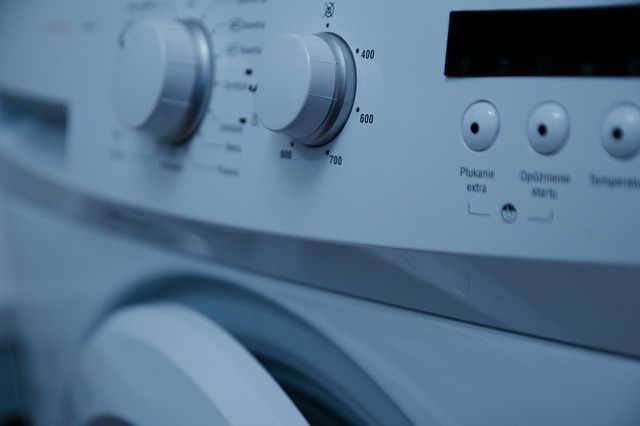 You’ll need to manually drain the machine. There’s generally a drain tube located behind the kick plate of the washing machine, this is easy enough to access once the plate is removed.

As often as not, the machine hasn’t drained because the filter or drain pump is blocked. Blockages can be caused by a build-up of lint or by foreign objects. Buttons, coins, hairpins and other small items left in pockets can all block the filter or the drain pump outlet. You’ll find instructions on filter cleaning in your owners manual. There are also videos available online showing you how to check and clear the drain pump, so just look for something that relates to your Indesit washing machine.

A snapped or slipping drive belt

This shouldn’t happen in a newish machine but is not uncommon in an older one. You can test for drive belt problems by physically turning the washing machine drum yourself. Do this when the machine is switched off and disconnected from the mains. If there’s little or no resistance when you turn the drum you have a faulty drive belt.

There are videos showing you how to replace drive belts, but unless you have good DIY skills and the right tools you’ll probably find it quicker and easier to call a technician to do the job for you.

This is a problem that happens as the washing machine ages. Once the brushes are worn down to the point that they no longer make an adequate connection to the motor the machine won’t spin.

The brushes will need to be replaced. Carbon brushes aren’t expensive so this appliance repair is certainly cost-effective. It’s not a complex job but unless you’re competent and confident about working with electrical appliances you’d do better to call a repairman or at least an electrician.

There are a range of other faults that can cause spin cycle failures. Control modules, the pump or motor, or other parts could be the problem. In these cases, a professional washing machine technician will need to diagnose the fault and will then be able to advise you on how much the repair will cost and whether it will be a sensible use of your money.